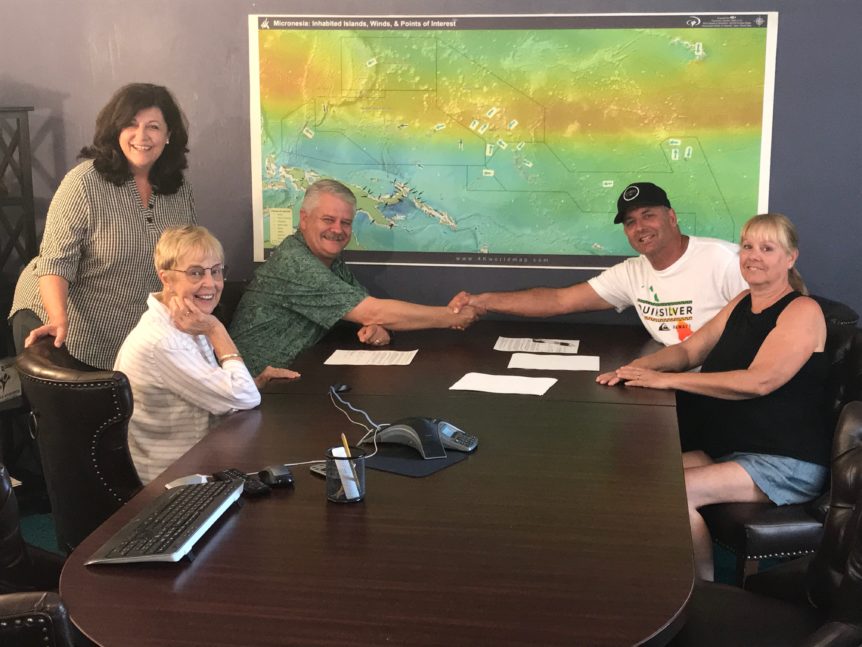 KAILUA-KONA, Hawaii — YWAM Ships Kona signed a partnerSHIP agreement Tuesday with Ty and Carrie Fields of Truckee, Calif. The partnerSHIP program enables owners to use their vessels in missions with logistical support from YWAM or give the ministry use of their vessels for outreaches. Tuesday’s agreement grants YWAM Ships Kona the option to use the Fields’ 100-foot sailing yacht  — the s/y CALDERA — for 11 months out of the year the next five years.

The vessel  — which is currently docked in Rhode Island  — will make its way to Hawaii through the Panama Canal in 2020. Officials say the yacht will tour several port cities in which YWAM campuses are based as it makes its way to the Pacific. The vessel will likely be used in outreaches to Micronesia.

Youth With A Mission now operates at least 28 vessels in multiple regions globally. Brett Curtis, director of YWAM Ships Kona, said that the CALDERA is a welcomed addition to the international fleet.

“She is yet to be re-named but is ideally suited for the deep blue sailing necessary for the liquid continent — especially Micronesia where some of the most isolated islands in the world are found,” Curtis said after Tuesday’s announcement.

The vessel has spent its life on charter between Europe and the Caribbean. The Fields purchased the vessel in September for the specific purpose of this ministry collaboration.

“We are so excited and blessed that God is using us as partners with YWAM to help reach Micronesia,” Ty Fields said.

“Today is a great day for the delivery of God’s love to the families living so remote most could not find their island on a map if they tried,” Curtis said.