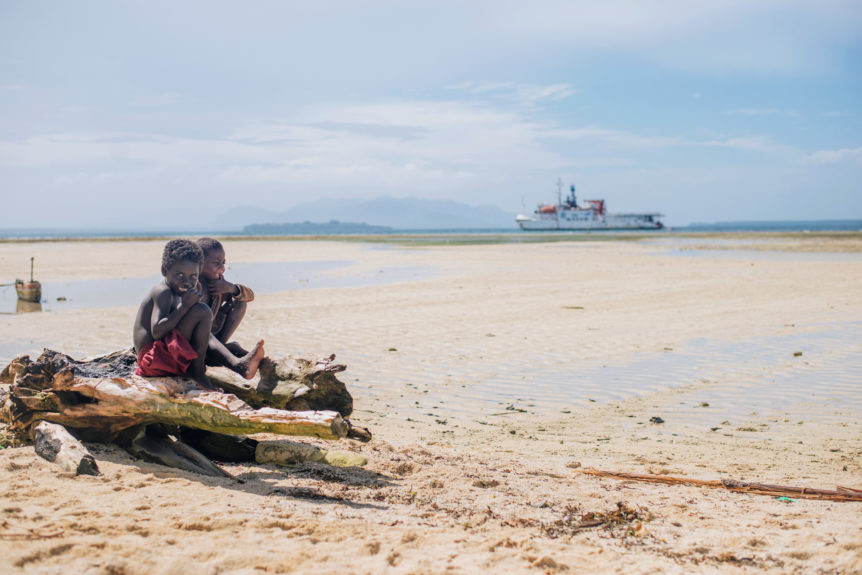 A truckload of donated medical supplies and other items arrived Monday on board the m/v YWAM LIBERTY. Delivery — which also included electronics and even a 140-horsepower tractor for moving containers — was a gift from the Sir Brian Bell Foundation, a charitable organization based in Papua New Guinea.

Conrad Küsel, speaking on behalf of YWAM Ships Kona, expressed gratitude for the contributions that will support the ongoing delivery of aid around the Pacific.

“We are deeply grateful for Bronwyn Wright, CEO of this amazing foundation, for the huge act of generosity we have been the recipients of,” Küsel said.

The LIBERTY is docked on Motukea Island just outside of Port Moresby, the most populous city in Papua New Guinea, undergoing engine refit work and other related safety surveys expected to last through the end of 2019. Küsel, who recently returned from Papua New Guinea, lauded the Sir Brian Bell Foundation for its partnership in ongoing humanitarian relief efforts in the region.

“This is a very welcomed encouragement to the international crew working on board. We continue to see local companies very appreciative of what we are doing in PNG,”  Küsel said.

Last year the m/v YWAM LIBERTY and m/v PACIFIC LINK served 116 remote villages with 363 volunteers. In 2019, the ship has conducted medical outreaches in and around East New Britain province and the Autonomous Region of Bougainville.