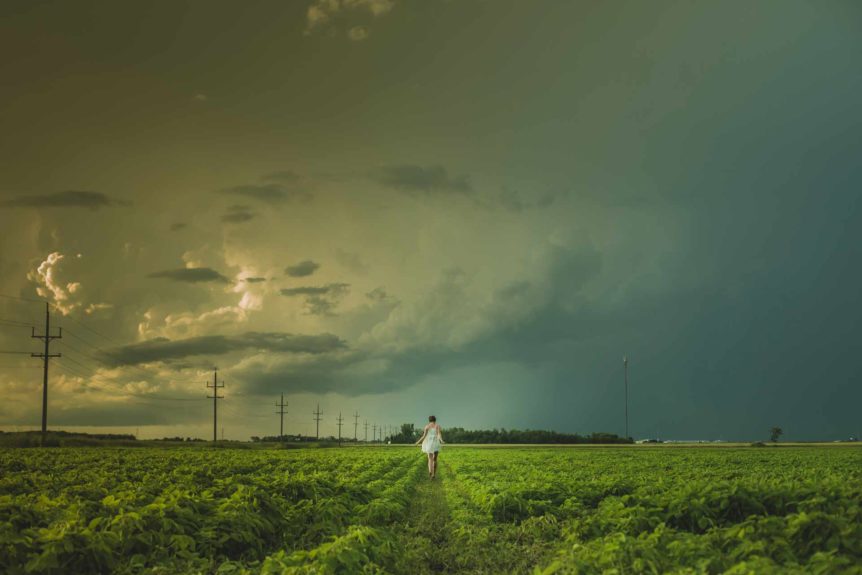 When I decided to do my Discipleship Training School (DTS) two years ago, it was a rash last minute decision. I was in an incredibly unhealthy relationship and felt like I needed to flee to the other side of the world.

Since I was living in Florida, the other side of the world ended up being Australia, where I did my DTS.

Though my relationship with God had been rocky for the months leading up to my DTS, I still knew there was more to the life I was living, that there was light at the end of this incredibly dark tunnel that I had built for myself. Everyone around me, however, was afraid I was running away.

In the days before my flight was scheduled to leave, I heard from at least ten close friends and family that I “shouldn’t solve my problems by turning my back and ignoring them”.

What I wish I could’ve explained to them in those moments is how I hadn’t turned my back to ignore the problems I’d created in my life. I had looked them straight in the face, seen the darkness I had created and saw how continuing to live in that reality was going to kill me.

I was fully aware of my circumstance but felt God calling me to do a DTS.

When I arrived in Australia, I was greeted by 19 other DTS students that had all, in a sense, been running away from something in their past too. We were a group of people completely shattered by things that had happened to us or had put ourselves through.

I’m not saying that all DTS classes are like this, but I think God put us together in this group because He knew we all had the same lesson to learn, and sometimes learning a hard lesson is easier when you have people around you who are going through the same thing.

Through the many lessons I learned either through lectures, hearing from God personally, or in my everyday living, I became a stronger person; someone who was able to go back home, look at my issues and be confident that I could face anything because I had been healed.

When a soldier gets hurt in war, he isn’t pulled out of the rankings, he’s taken to an infirmary where he is cared for by people who know what’s best for him. A wounded soldier who doesn’t acknowledge that he needs help puts himself in more danger and is virtually useless.

In the infirmary, his wounds are healed completely and he is sent back to war. At no time does anyone think he is weak for leaving the war zone, yet when he comes back stronger than before, everyone sees the courage.

That soldier then has experience and can help others in the future who also get wounded.

There are times in our life when we must choose to face an issue, and there are times when we see that the issue is completely out of our control and we must let God take over. God used the time in my DTS to work on me.

It was a time for healing, for processing, for learning some lessons and developing good habits. Sometimes, time does heal all wounds.

“Running away” was the best decision I ever made and at the end of this journey, I have the bruises to prove it and I don’t think I’d have it any other way.