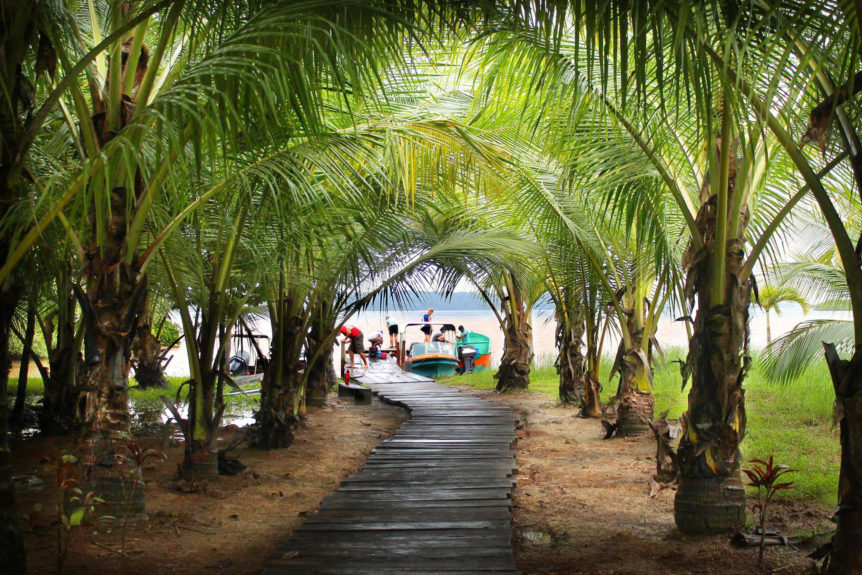 Outpost Panama offers routine doctors visits and consultations, different medications, and reading glasses; all of which are of great value to communities who do not have access to those items.

The first clinic was held in Bahia Honda, a small family community in OP’s neighboring village. The second was on Isla Tigre, and the third on Isla Popa.

The distances traveled to the three locations ranged from a short walk to a 2.5 hour boat ride in the Making Waves, Outpost Panama’s 48′ converted yacht. Between the three clinics, an estimated 150 people came and received medical treatment. While the team was on Isla Tigre they had the opportunity to partner with the local church and Pastor Alicio Elington Simon, and MINSA Dr. Romolo.

Every location had a time of children’s and prayer ministries, as well as teachings from the local pastors. Six people were baptized after the time of ministry at Isla Tigre. The clinics provide a unique opportunity to reach those who normally don’t attend church, or have been unable to come due to health reasons.

During one of the clinics, a 13 year-old boy came with his parents to have a severe infection in a serious wound treated. With the infection bordering on sepsis, the clinic’s doctor was worried that it was beyond the time to treat the wound adequately in the field. He recommended that they go to the hospital and receive more specialized treatment. Andrew, who was on the team, was able to pray over the family and they felt more peaceful about the situation as they left. They were able to take their son to the doctor the following morning and have his knee treated.

YWAM Ships is thankful for the tireless work that Outpost Panama is committed to in the isolated areas of Panama!

Would you like to use your skills to help others? Click this link and come volunteer with us!